Zee Marathi is one of the leading Marathi channels launched under the umbrella of Zee Media Enterprises. Almost 70 %  of the  Maharashtrian families watch daily soaps aired on Zee Marathi. Therefore we have listed top 5 most popular Marathi serials on Zee Marathi at present.

Zee Marathi’s no 1 comedy show.  The show has been applauded for providing a much-needed promotional platform for the  Marathi film and theater. Most noteworthy few Hindi films are also promoted on this show.

The show opens with Nilesh Sable’s topical comic monologue. He invites guests on stage and welcome them with his unique style . Most probably guest featuring celebrity guests typically from the Marathi film and theater industry. Most noteworthy due to popularity of the show, there were some superstars of Bollywood like Sharukh,Amir, Salman, Akshau and  likewise other leading actors also came as guest on this show.

This show is being aired Monday & Tuesday at 9.30 PM IST on Zee Marathi.  Please visit to ZEE5.com For watching latest episodes of Chala Hawa Yeu Dya.

The story revolves around Gurunath, Radhika and Shanaya.  Gurunath is happily married to Radhika.  He falls in love with Shanaya, a colleague and here is twist in Radhika’s happy married life . Radhika’s efforts to make her husband realize his mistake forms the plot of the story.

It is gaining huge popularity as the subject is very much different.  Mazhya Navryachi Bayko is starring Abhijit Khandkekar(Gurunath) , Anita Date(Radhika) and Rasika Sunil (Shanaya).Recently Rasika Sunil who is doing Shanaya’s role has left the serial. She has left because she is going abroad for her studies.  Isha Keskar (Banu bay fem) has replaced her and now she will do Shanaya’s role.

This show is being aired Monday to Saturday at 8.00 PM IST on Zee Marathi.  Please visit to ZEE5.com For watching latest episodes of  Mazya Navryachi Bayko

This series revolves around Anjali and Rana. Anjali is a highly educated school teacher. She has moved to the village. She falls in love with Rana, a farmer and a wrestler. Rana has not finished his schooling. He is uneducated. Anjali make affords to educate Rana and make him a better man. She also support his passion for wrestling forms.  How they curb the problems arising in their lives forms the plot. The show also focuses on the tussle between Anjali  and Nandita (Her Sister in Law).

This show is being aired Monday to Saturday at 7.30 PM IST on Zee Marathi.  Please visit to ZEE5.com For watching latest episodes of Tuzyat Jeev Rangala.

This series revolves around fauji Ajay (Aja) and Sheetal (Sheetli) .  The story stars Aja and Sheetli who fall in love. Aja wishes to become an Army Officer and Sheetli supports him. How their parent’s and fellow villagers’ mindsets affect their lives forms the plot of the story.

This show is being aired Monday to Saturday at 7.00 PM IST on Zee Marathi.  Please visit to ZEE5.com For watching latest episodes of Lagira Zala Ji.

Swarajyarakshak Sambhaji is a Marathi television series based on real life of Chhatrapati Sambhaji Maharaj. Rola of C Sambhaji Maharaj is played by  Dr Amol Kolhe in the lead. The series showcases life and journey of  Chatrpati Sambhaji. He is Shivaji Maharaj’s son, who grew to become one of the fiercest Maratha kings. It is a story of this brave warrior who fought for Swarajya throughout his lifespan of 31 years.

This show is being aired Monday to Friday at 9.00 PM IST on Zee Marathi.  Please visit to ZEE5.com For watching latest episodes of Swarajyarakshak Sambhaji. This show is ending very soon.

This serial is got popular in the recent time . Tula Pahate Re is a Marathi romantic drama television show starring Subodh Bhave &  Gaytri Datar. The story is about love between Industrialist Mr.Sarnjame and Isha who is working in his office.  They belong to different worlds, they are from different backgrounds and two different decades. This couple will prove that when two souls are meant for each other, they will find their way to meet, even if the two belong to two eras. There is twist in this serial after Isha and Mr.Sarnjame got married. The true face of Mr.Saranjame will be exposed soon.

This show is being aired Monday to Saturday at 8.30 PM on Zee Marathi. Please visit to ZEE5.com for watching latest episodes of Tula Pahate re..

First of all thanks a lot for visiting our website. Furthermore We probably going to update few more likewise good articles in coming weeks.  We are consequently receiving very good feedback and suggestions from our visitors. As a result of that we are highly motivated and continuously focusing on even more improving quality of our blogs. Similarly we also want to thanks for Zee Marathi for showing such good serials and given chance to us to make article. 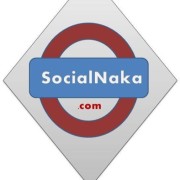 One thought on “Top 5 Most Popular Serials on Zee Marathi”